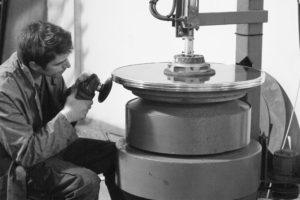 Temecula is poised this year to break its old employment record as more technology based companies relocate to the city emerging as being hip, happening, fresh all while keeping its family friendliness!

Temecula’s reputation of being a sleepy Old West town is riding off into the sunset.  New job numbers show Temecula is poised this year to break its old employment record as more technology-based companies relocate to the city now known for being hip, happening, fresh and family friendly.

The California Employment Development Department reports Temecula’s current job number is 50,493. That’s only 371 jobs short of the city’s peak of 50, 864 set in 2006.

“We believe in 2016 we’ll have the most jobs in the city’s 27 year history,” said Temecula Economic Development Analyst, Christine Damko.

Over the past few years, Temecula has become home to more than a dozen  technology-based companies which have helped pushed the city’s median income up to $85,000 and the median age down to 34.  Companies that called San Diego, Los Angeles or Orange Counties home have re-discovered the good life in Temecula.  “Perceptions of our city are changing in terms of job opportunities”, Damko said.  “The hardest part of my job is getting people here.  But once they’re here, they don’t want to leave.

“There are so many cool companies here,” said Damko.

“Most people”, she said, “are surprised to learn that firms, such AirBus DS Communications, a leading manufacturer of 9-1-1, radio and emergency notification systems and REVSHARE  the nation’s largest automated television advertising company call Temecula home, as well as Opto 22, who has gained  recognition (among other things) for their role in Director’s  James Cameron’s trek to the Mariana Trench. These companies, in addition to others offer hundreds of technology related jobs in Temecula”.

Damko credited this growth to the City’s  high quality development standards, and focus on a high quality of life.  Temecula  has the top school district in Riverside County, one of the lowest crime rates in the country, a regional shopping mall, as well as all the entertainment you can handle at the Pechanga Resort & Casino, the award-winning wineries and breweries, and the city’s famed Old Town.  She added Temecula’s list of great seasonal special events gets longer and more diverse every year.

In fact, “the proximity of the city’s business park to the array of entertainment in the historic Temecula Valley has played a pivotal role in some companies’ decision to move here”, Damko said.  For instance 60 Grit Studios, a full service custom fabrication company, has closed numerous deals with its Hollywood clients in Old Town.